Formula 1's switch to biofuels with its new generation of cars looks set to trigger a surprise development battleground thanks to a change it brings in engine cooling characteristics.

As part of F1's continued push for sustainability, new rules - which were originally slated for 2021 but have now been delayed - will require teams to run their engines with a 10% blend of advanced sustainable ethanol.

Work has already begun among F1's fuel suppliers to optimise the cooling potential of the biofuel, which has nearly three times the heat of vaporisation as regular fuel and means there is a cooling effect for the incoming charge during the combustion cycle. A cooler intake charge means that engine power will increase.

Benoit Poulet, F1 development manager for Ferrari's technical partner Shell told Autosport: "The interesting aspect of the car performance is similar to when you put a [ethanol based] cooling gel on your fingers - you can feel the cooling effect that you get. It will be the same for the engine.

"It will be able to cool some parts of the powerunit and that could be quite beneficial. We are working hard on it.

"The properties are certainly quite interesting for combustion, and I think we can do some interesting things. We have definitely found at the moment that this cooling effect is good for the engine." 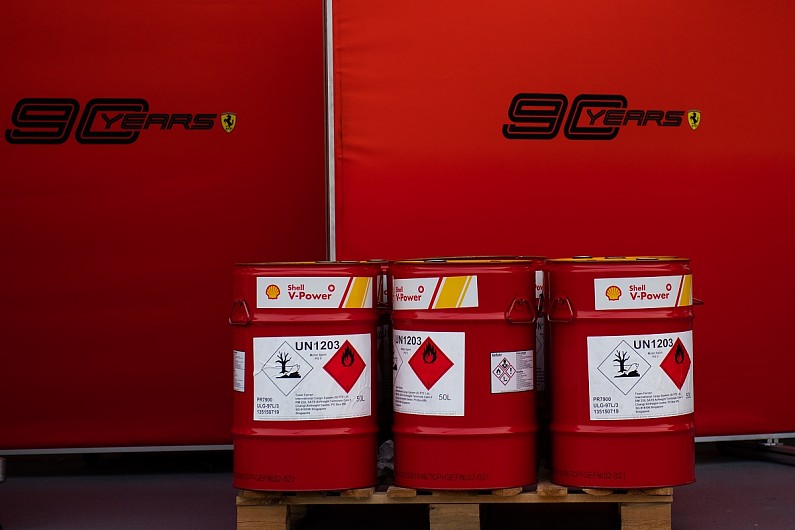 Engine manufacturers could seek to optimise the cooling properties for a straight horsepower gain, or change the overall design and cooling characteristics to run the engine at a different temperature. This could then have a knock-on effect for the car's aerodynamics.

Poulet explained that Shell has been developing the new biofuel ever since the regulations came out last year in a bid to steal a march on its opposition.

"It's a big challenge but we are really happy to switch to E10 fuel - and to be honest we would be happy to have even more than 10%," Poulet said.

"We have people working on the project, and people who are familiar with E10. And it's a big change because ethanol comes with some different properties to the other hydrocarbons.

"Because of that, we really decided to start early. It's a bit like the chassis people; we started as soon as the regulation was published. On project management, I allocated one person full time on that question and now we have got a good understanding in terms of the benefit of E10."