MotoGP's Iannone handed 18-month ban after positive steroid test | Aprilia MotoGP rider Andrea Iannone has been handed an 18-month competition ban for an anti-doping infringement, but prosecutors conclude he did not p

Aprilia MotoGP rider Andrea Iannone has been handed an 18-month competition ban for an anti-doping infringement, but prosecutors conclude he did not purposefully take steroids.

Iannone was handed a suspension from the FIM in the winter while the case was taken to trial, with Iannone submitting hair samples - a supposedly more accurate way of testing - in a bid to prove his innocence.

The Aprilia rider has always maintained his innocence, claiming from the start that ingestion of the steroid came from contaminated food.

An FIM disciplinary hearing found Iannone had eaten contaminated meat, but could not be fully acquitted, and will serve a ban of a period of 18 months from 17 December 2019 to 16 June 2021. 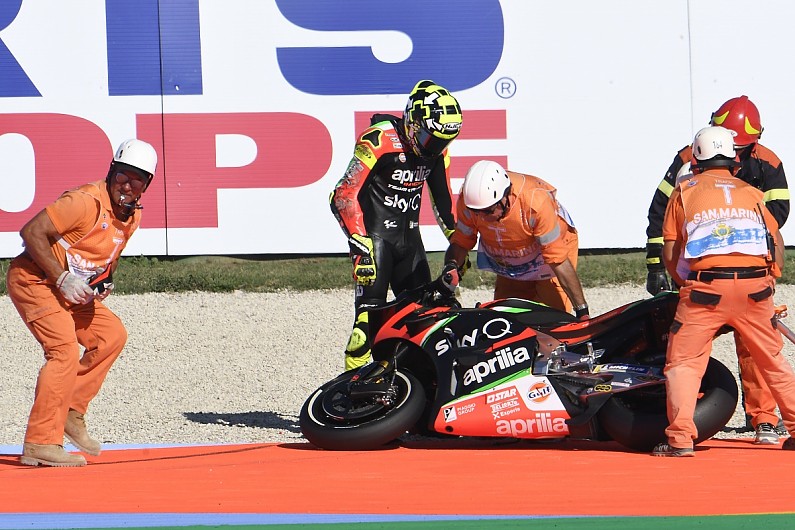 Iannone will appeal the decision at the Court of Arbitration for Sport, though it is unclear when this hearing will be held.

This decision throws Iannone's time at Aprilia into doubt, with CEO Massimo Rivola stating earlier in the year that a length ban for the Italian would likely result in the termination of their partnership.

Why Iannone is more trouble than he's worth for Aprilia

Test rider Bradley Smith will likely be called up to take his place in that instance.

However, the current coronavirus pandemic and the forced delay to the current MotoGP campaign could throw Iannone a lifeline should he secure a hearing promptly.

Amidst a largely difficult campaign, Iannone gave Aprilia a best result of sixth at the Australian Grand Prix and put the RS-GP in the lead of a race for the first time at Phillip Island - albeit for only a handful of corners.

A statement from Aprilia and the FIM will follow in due course.